Well, it was fun to read all of your comments on my little contest last week.  I didn’t think it would be that hard for you guys to get it right being that you are ALL like Matt from Heroes: a mindreader.  (OMG I’m sooo addicted to watching Heroes right now!  I posted a request for series suggestions on Facebook so I can Netflix them and someone suggested Heroes and my kids and I have been watching it ever since!  But I digress…)

So, what I had in mind for the answers for my two questions last week:

MOST are in the brown color family.

ALL are unfinished projects!!!

Most of you said something along the lines of the unfinished projects, missing a sock, thing.  But no one touched on the fact that I seemed to be obsessed with browns.  Heh.

Given that, I decided to add everyone’s name to a list: 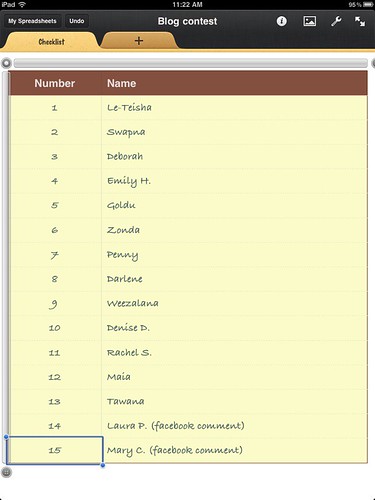 And then used a random number generator to select a winner. 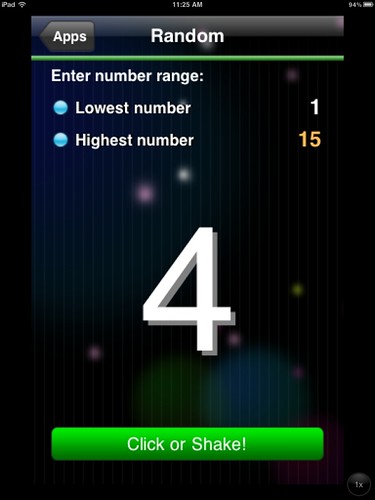 Emily H.  YOU’VE WON A MILLION DOLLARS!!  Well, not exactly.  How about a MILLION hugs and kisses and some yarn and goodies in the mail??  😀  Contact me so I can send you your goodies!

In the meantime, I’ve been a knitting fool.  Are you surprised? Yea I didn’t think so.

I’ve decided to FINISH ALL THE UFO’s!  YAY!  This is in par with a KAL that Cristi and I are doing (ya’ll know Cristi right?  I mention her enough on here.  Or do I REALLY have to link to her blog??  Fine.  Here it is.)

Our KAL consists of Stitching from the Shelf.  Basically, for 2011, our goal is to knit mostly projects from patterns that you already own, either in books or PDFs.  There is no deadline. There is no “you must knit 50 socks in 50 days” type of shit.  Just knit from patterns in your current library.  The one caveat is that you try not to knit from free patterns.  The whole purpose of this is so that you can become more familiar with those books you’ve purchased on a whim because there was ONE pattern you liked.  Or that stack of PDF’s you bought from Twist Collective that you forgot you owned!  (No, I don’t speak from experience.  Why do you ask???)

Join us on Ravelry.

I have quite a bit of books myself. 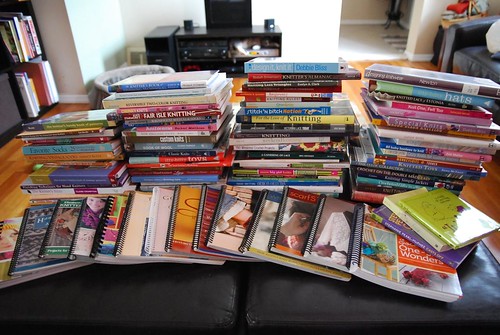 So, as I mentioned, I’ll be Stitching from the Shelf (SftS) as I also finish or frog all of those projects I have on the needles.  I started with a few of those socks from last week’s post.  First up, Cable Rib Socks, Take 2. 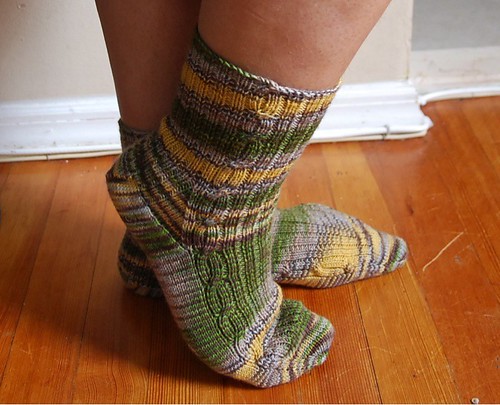 I’ve knit this pattern before.  I love the simplicity of it and the comfortable socks I have now. 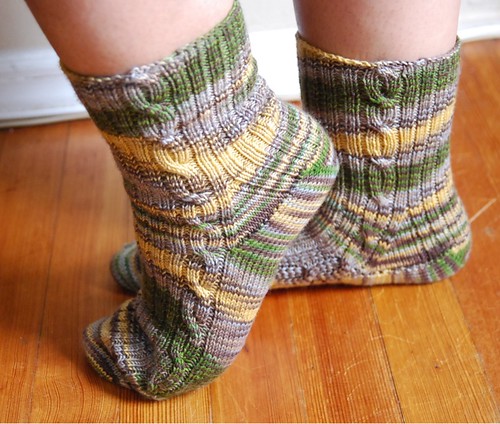 Two simple cables that go up the sides of the foot into the leg.  The best part of simple patterns is that you can make them your own.  I knit both pairs toe-up with reverse heel flaps.  Super easy. 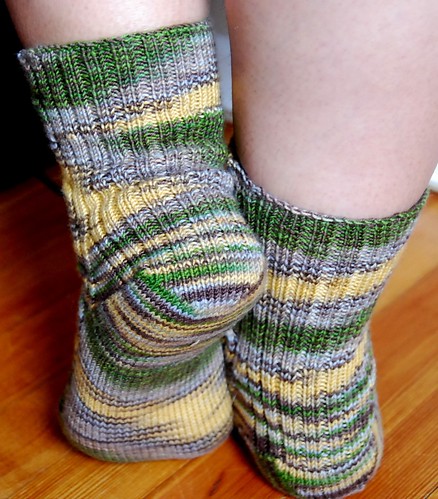 Using Socks That Rock Mediumweight yarn makes the sock knit up faster and also feel very cozy and thick on the feet.  I like thick socks in these cold ass NYC winters (three feet of snow so far dammiti’msickofsnowwww!!!).

Ahem.  Where was I?  Ah yes…socks.  I also finished another pair which I’ll show you guys later.  I’m working my way through a THIRD pair from that stack of 8 so that number will be reduced to 5 shortly!  Well, maybe 6 because I’m pretty sure I’ll find a new pair of socks to cast on for soon!  😉 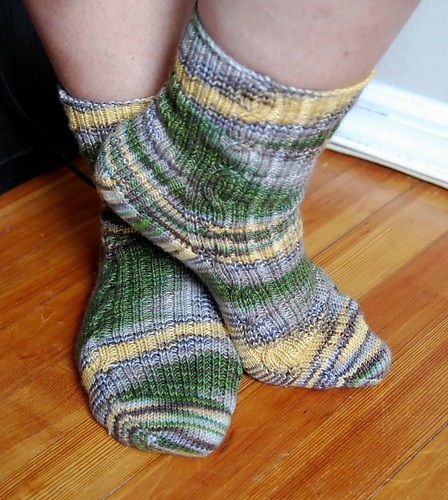 In fact, they usually repeat word for word what you shouldn't have said.